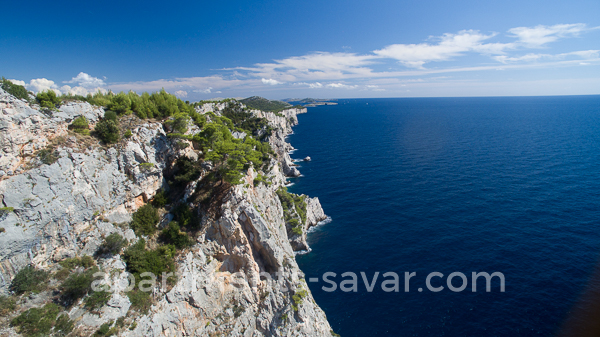 The contrasts of nature is very expressed here with peaceful bays and rugged cliffs, forests of Aleppo pine on one side and Holm oak on the other side, the area of cultivated fields of vineyards and olive-trees, as well as the area of rocky meadows. The Mediterranean vegetation is represented in the park with more than 400 plant species as well as numerous rare and endemic plants that have been recorded. The underwater world is home to about 250 plants and 300 animal organisms, including the now depleted red coral and the carnivorous sponge. The park is a haven for the 14 island donkeys, which roam freely in the bay Mir. 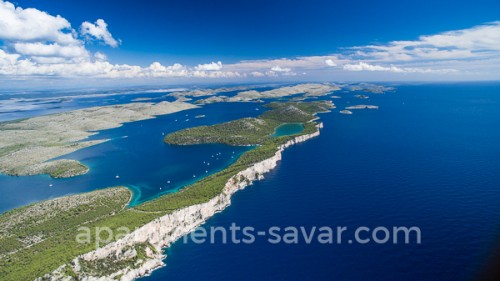 The park is characterized by three phenomena:

The most picturesque island in the Telašćica bay is Katina and the most unusual is certainly Taljurić, with its geological and geomorphologic characteristics. Telašćica has been inhabited since ancient times, as can be seen from numerous archaeological remains found in the area like the burial mounds in the field Čuh, the Illyrian mounds and the remains of Roman buildings from the first century. 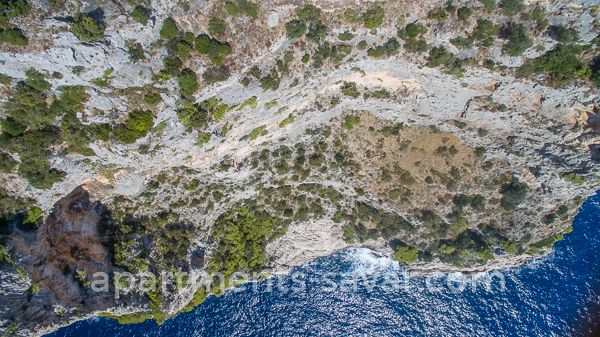 You can enter the park through the land entrance Dolac or by the sea near the lighthouse Vela Sestrica and through the passages Vela and Mala Proversa. Group visits are organized from the nearby islands and from Zadar and Biograd.